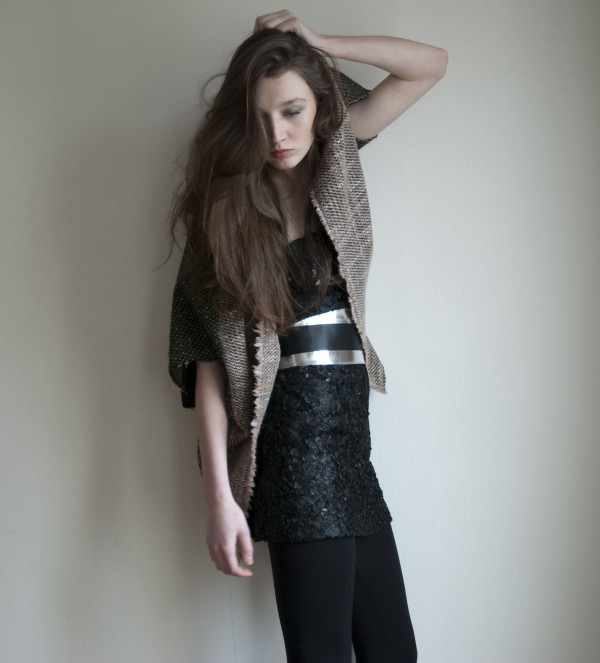 Eva Zingoni is an Argentinean, Italian, sometimes Madrileña (a Spanish counter-cultural movement characterized by freedom of expression), deeply Parisian and completely Latin.  A traveler, a personality with boundless curiosity, eclectic taste, and a cultivated independence, she is also the founder of her namesake label specializing in sustainable couture.  Made entirely in France from recycled materials, Zingoni’s designs are limited edition pieces cut from surplus materials sourced from Parisian fashion houses. Unique fabrics, chosen one by one, they constitute a collection based on recycled luxury. 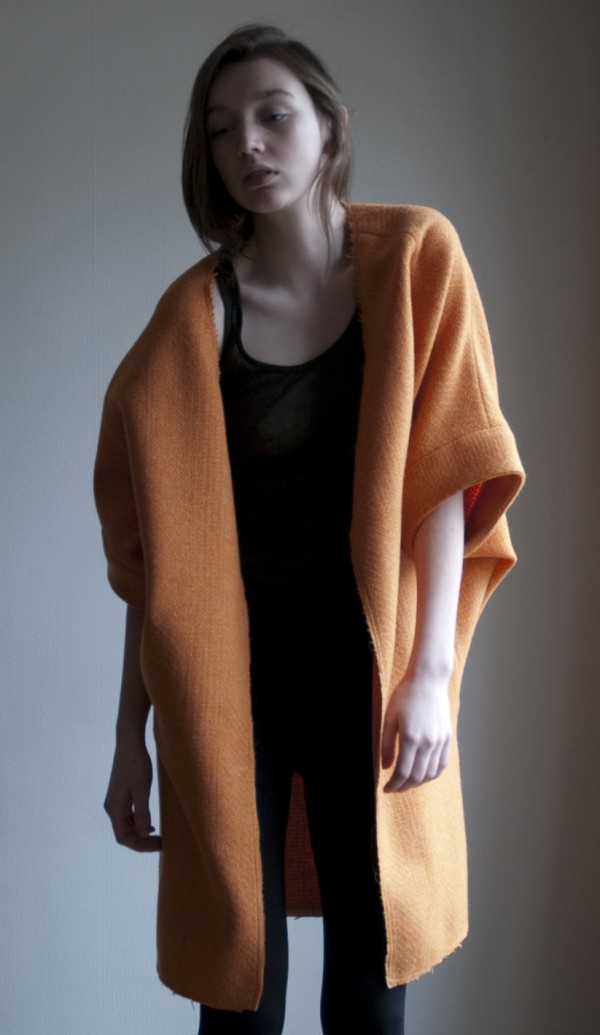 With a resume to boast about, Zingoni graduated from the Institut Francais de la Mode, translated trends for fashion soothsayer, Li Edelkoort, as well as Ralph Lauren, and worked for six years at Balenciaga, where she was responsible for “special requests”, traveling the world and acting as the liaison between Nicolas Ghesquiere’s designs and his red-carpet clients, such as Nicole Kidman, Salma Hayek and Charlotte Gainsbourg. In 2008, Eva Zingoni created her own collection, with the aim to use her extensive couture experience to promote a different kind fashion, an ethical fashion. Her sense of style is transcendent, not rooted in a season or a trend, a little bit of yesterday, that is completely and utterly today.  The basic concept behind the brand was to unite two opposites, her passion for fashion and her concept of activism.  With no pretension of being an activist herself, she never the less holds dear the concepts of making a difference through action, using her experience and her skill as the means for her type of eco-activism. 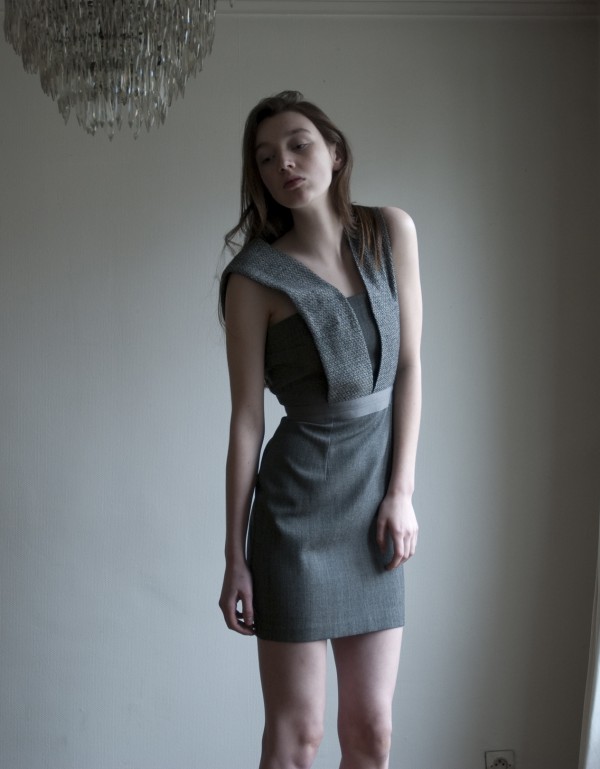 Despite her impressive career credentials, Zingoni remains rooted in her value system, un-swayed by the antithetical values of the fashion system, believing that she must be true to her ideas and passion as a means to achieve her own happiness, and happy to sacrifice her relative financial success and status en route. Coming from a background in political activism, Zingoni’s parents were both politically active in the populist Peronist movement, known for its social justice, and named after Eva Peron. 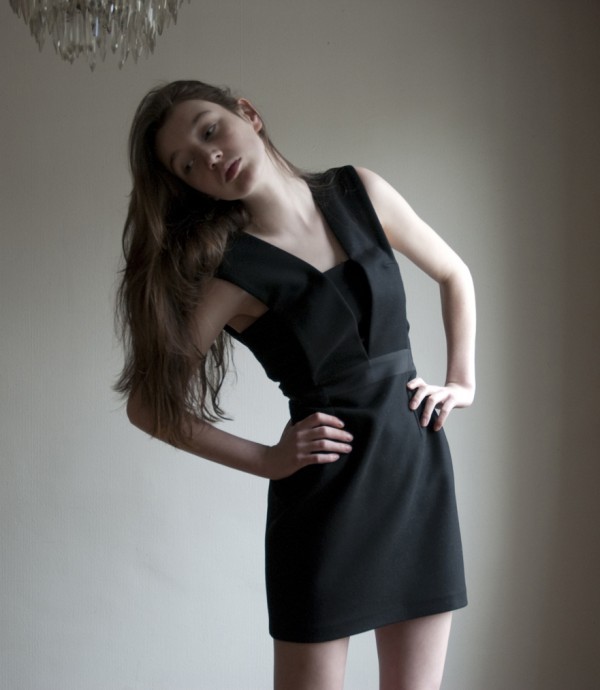 Fabric sources come from Zingoni’s experience in the couture industry, with materials direct from the fashion houses and their manufacturers.  Leather for example comes from left over couture production, where only the very perfect centers of skins are used and the rest, the greater part in many cases, is discarded. Taking what she is given in most instances, she does not ‘choose’ the off cuts that the luxury industry rejects, but works instead with what she is given, making selections and connections between materials and what she would like to use in her collection. The difficulty always lies in making a whole of disparate pieces, and forming homogeneity with fabrics, textures and colors from different origins and time periods. Fabrics are never the less, the first inspiration for her work, just as they are for haute couture designers, happy to work with some amazing and often very rare, and very special fabrications. There the similarity to the haute couture process ends however, inverted as it were, as Zingoni must make her designs fit not only the fabric qualities, but also the scale, limited as she is in amount and size of off cuts.  A means of working that she sees as growing out of the economic crisis, creating from what you have. Working to use and reuse existing patterns in a sustainable way, Zingoni must identify which fabrications fit which styles, making whatever subtle changes in the pattern that requires.  In the end a technical exercise to some degree, as differing fabric combinations require different handling, to an entirely different effect.   Her collection just as desirable as the designers her off cuts are sourced from, in its way all the more luxurious for its use of limited, valued and scarce materials, and the skill and taste it requires to utilize them. 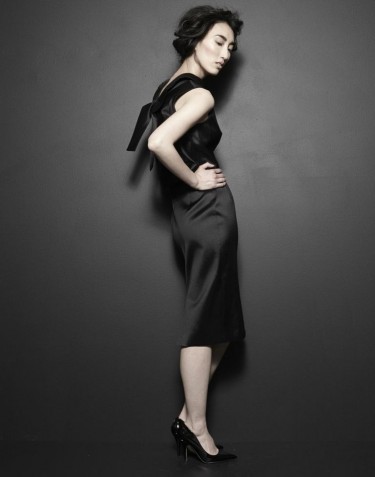 Cavallo is a luxury lifestyle brand with a sophisticated, high fashion aesthetic. 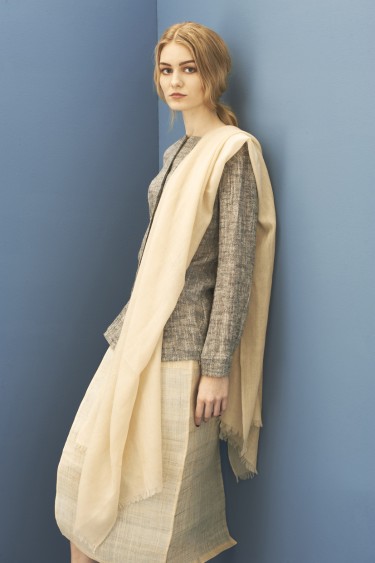 Renli Su is an independent Peckham based fashion designer working with organic fabrications and hand made techniques. 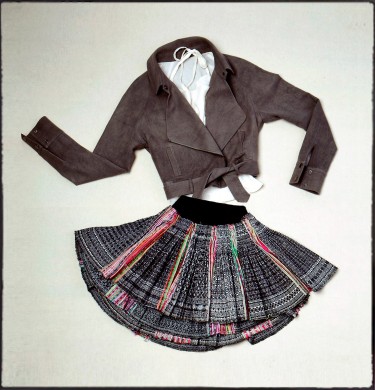 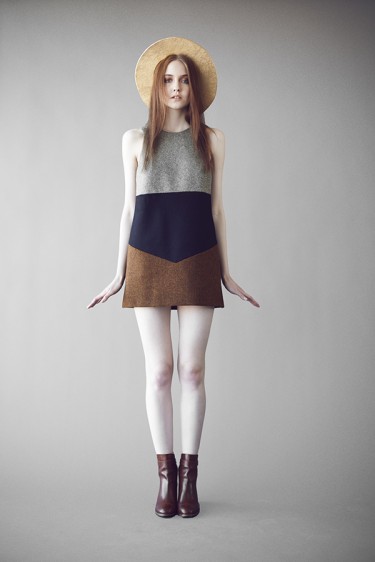 Brooklyn Designer Samantha Pleet produces a quirky, youthful collection intertwining story telling with modern, wearable clothes. Her signature look is a mix of quirky Americana ala Little House on the Prairie, meets the Amish rights of Passage, Rumspringa, where the strict religious community allows their youth to experience modern society, before committing or breaking from the faith. 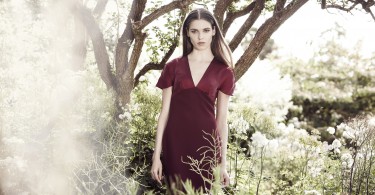 Beulah London is a luxury British fashion brand based on heritage design and the empowerment of women.

The American Mid West touches and colors all of Gretchen Jones work from the casual knit sweaters she pairs with floral skirts, reminiscent of blooming country meadows, to the accessorizing of her collection with heavy brown leather ankle boots, as at home on a farm as a catwalk.