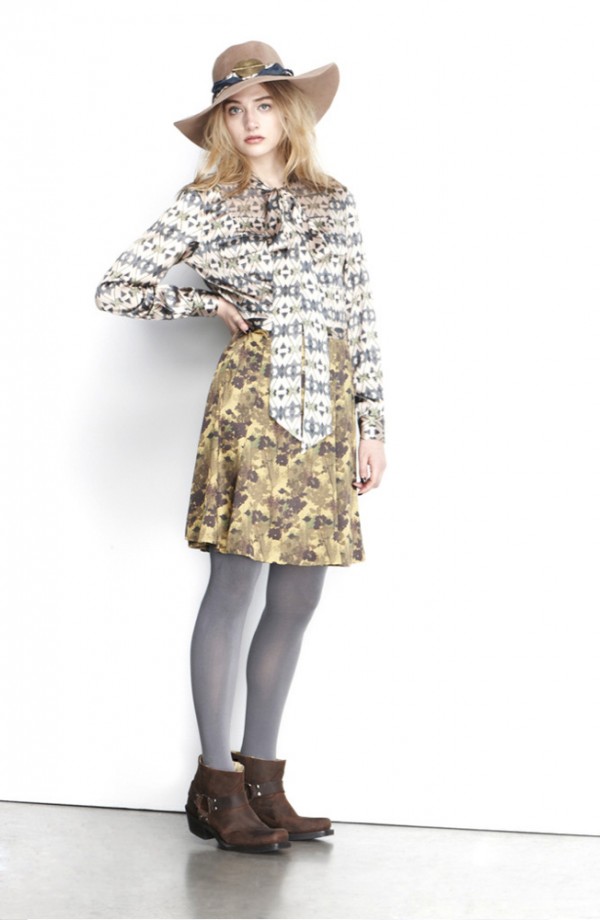 Although Gretchen Jones now calls Brooklyn, New York home, she has never lost touch with her rural, Western roots.  The American Mid West touches and colors all her work from the casual knit sweaters she pairs with floral skirts, reminiscent of blooming country meadows, to the accessorizing of her collection with heavy brown leather ankle boots, as at home on a farm as a catwalk.  Her collection infuses an earthy Americana with a lingering 1970’s romanticism through subtle color and print combinations and silhouettes.  The collection has come a long way since she was the winner of season 8 of Project Runway. Jones has achieved a level of sophistication and reflection that comes across clearly through her work.  With touches of Prada’s European retro sensibility in her print and pattern combinations, not obvious yet oddly complimentary, Jones mixes soft diluted water color florals with geometric prints, combined with just a touch of Emporio Armani’s soft classic silhouettes and an easy elegance in her sweater skirt and dress combinations, that are quite simply desirable and wearable. 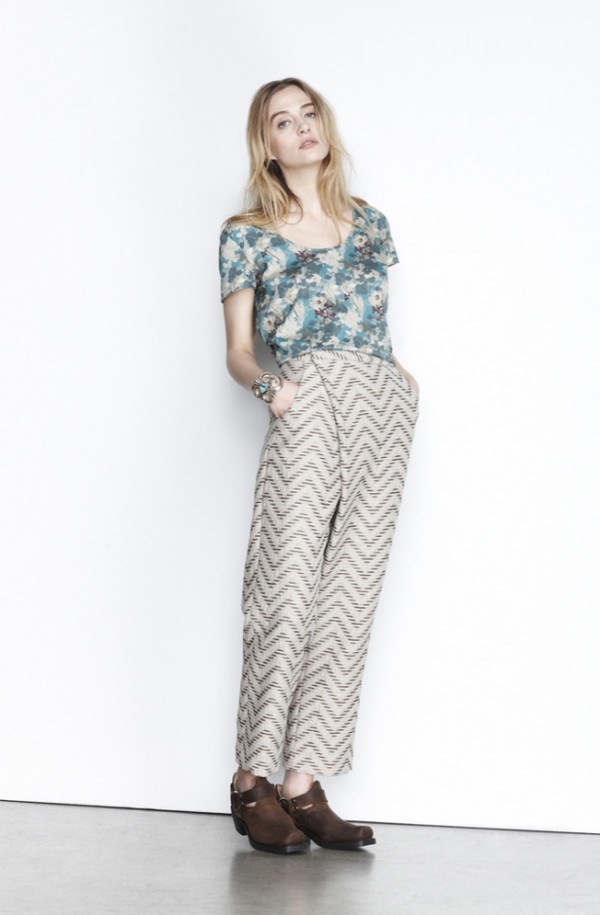 Gretchen’s aesthetic is informed by her love of music and ever-expanding record collection, as well as to the landscapes of her childhood home in Colorado and Oregon.  Drawing inspiration from the everyday, Jones focuses on the symbiotic relationships between fashion, art, music, literature, architecture and nature.   At her collections core is a respect for nature and a social and environmental consciousness.  Through her work she maintains a connection with the rustic and artisanal, by working primarily with natural materials, such as leather, silk, wool, linen, bamboo, and organic cotton. The collection is entirely produced domestically, and aligned with the Save the Garment Center, a New York City based organization that supports local craftspeople and ethical business practices. 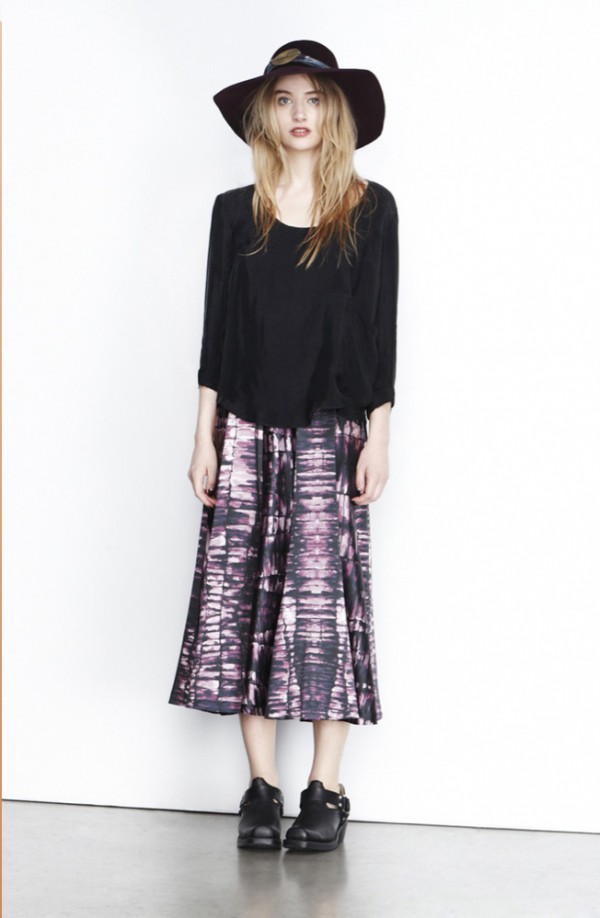 Gretchen Jones Fall Winter 2011 collection, entitled Black Tears and Strange Dream, was named after a song by Zambian psych rock band The Witch, whose music she listened to throughout its conception, and reflects her deep connection to music as inspiration. Individual pieces are named after cards in the Tarot of the Spirit, with inspiration for the collection ranging from Jean Michel Basquiat to Kurt Cobain, Buckminster Fuller to Frida Kahlo and the Arizona town of Arcosanti.  While the Spring Summer 2012 collection is Inspired by Patti Smith‘s album “Horses” and Carlos Castaneda’s book “The Teachings of Don Juan, A Yaqui Way of Knowledge”. The collection’s bold prints reference the lunar calendar and magical talismans, continuing her connection to otherworldly iconography. The collection, simultaneously minimal and bohemian, romantic and modern, feminine and architectural, are meant to be worn and interpreted by the wearer, a canvas upon which the woman who wears it can project her own personality and style.

Gretchen Jones also produces a corresponding jewelry collection, which is entirely hand crafted in the U.S., and is inspired by the traditional jewelry of the American Southwest. Crafted from natural materials such as wood, brass, porcupine quills and gemstones, the collection carries symbolic talismanic styling with a raw hand carved, hand crafted aesthetic.  The collection is available through her online store. 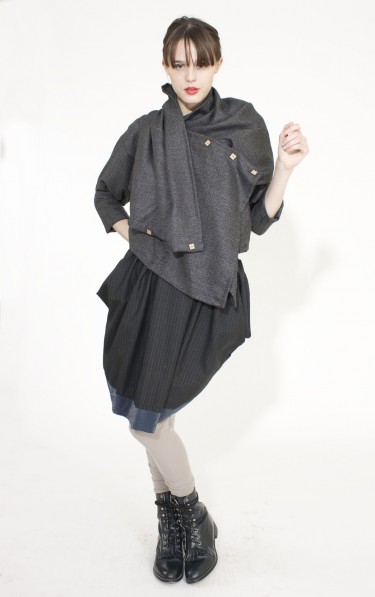 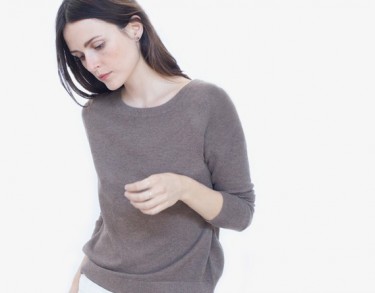 Everlane’s tag line is “Beautiful basics. Radical transparency. No middlemen”, which pretty much says it all. 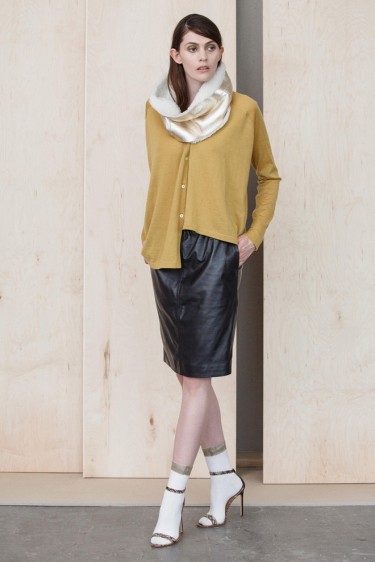 M Patmos is a New York based ready to wear collection that balances structural and architectural silhouettes through a sophisticated color palette.

Minimalistic Dutch design house, Studio JUX, winner of the first category at the January 2012 Amsterdam Green Fashion Competition, is renowned for their use of organic materials as well as their simple, clean and intriguing styling.

Honest by, launched in January 2012 by Belgian designer Bruno Pieters, is unique in communicating their supply chain, product and pricing information. 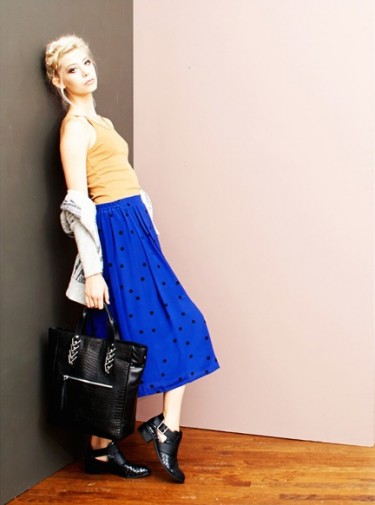 Bishops Collective is an online Etailor with a mission to provide a more responsible solution to the current retail model. 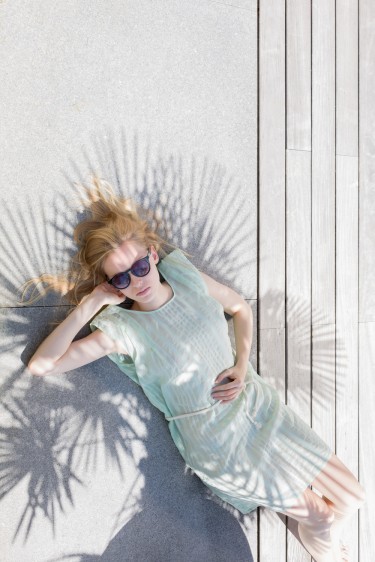 Swiss brand Atelier Laure Paschoud, produce an innovative collection, made to last. With timeless designs, supported by quality fabrication and