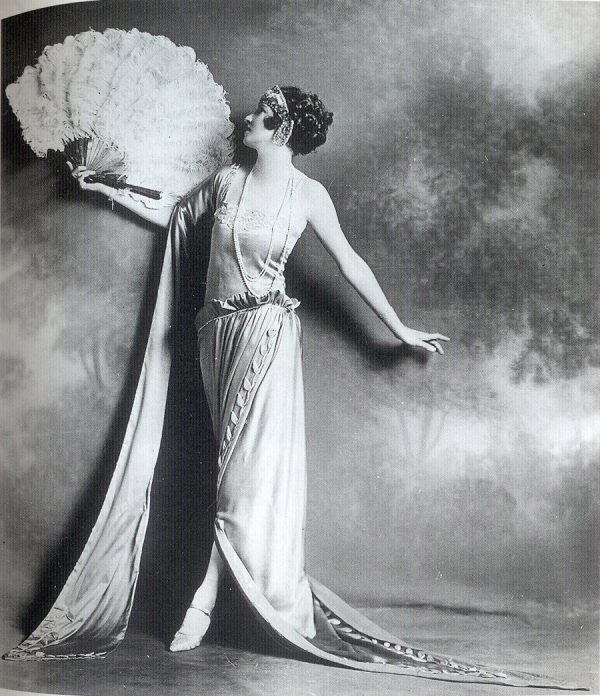 In the third instalment of the BoF’s fashion history series, we study Madeleine Vionnet, who built an empire by rejecting corsets and buttons in favor of the bias cut. At its peak, Vionnet had 26 ateliers and employed 1,000 staff, but the couturier preferred the privacy of her study to meeting clients or running a business.

It seems extraordinary, looking back now, that the name of Madeleine Vionnet, the re-creator of the seemingly lost technique of cutting fabric on the bias, had virtually disappeared from the pantheon of great fashion design innovators until John Galliano rediscovered the cut and resurrected the designer’s name in the 1990s. She — and he, by proxy — literally changed the way clothes could be cut, but one would barely have known it. For all her towering achievement, Vionnet was fashion’s well-kept secret after she closed her establishment in 1939 and went into retirement until her death in 1975, one year before she would have reached the age of 100. 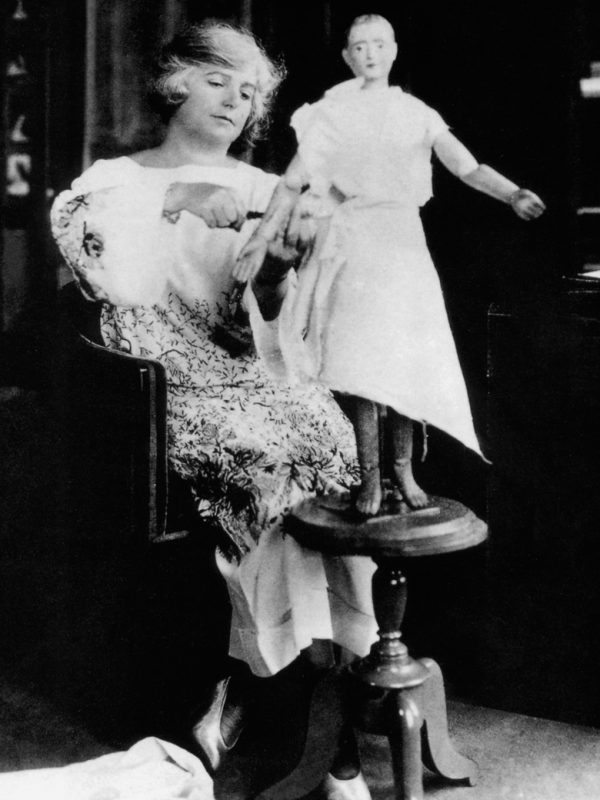 Madeleine Vionnet was born in 1876 and grew up in Aubervilliers, France. Her family, originally from the Jura, was working class and her parents separated when she was very young. Her father, a toll collector, had her working before the age of 12, doing what many young girls of little education did in those days, being paid virtually nothing for very long hours as a lacemaker’s apprentice. But, even then, she had a highly focused, independent spirit. By 18, she had married, had a child, who died in infancy, and divorced her husband. It was a testing beginning to her adult life, but Vionnet had determination and an ambition to make something of herself, despite her underprivileged background. It says everything about her character and determination that she decided to break away from her country, her family, contemporaries and fellow workers and start a new life for herself in Surrey, England, where she managed to find a job as a laundress in a lunatic asylum. She soon moved to London. 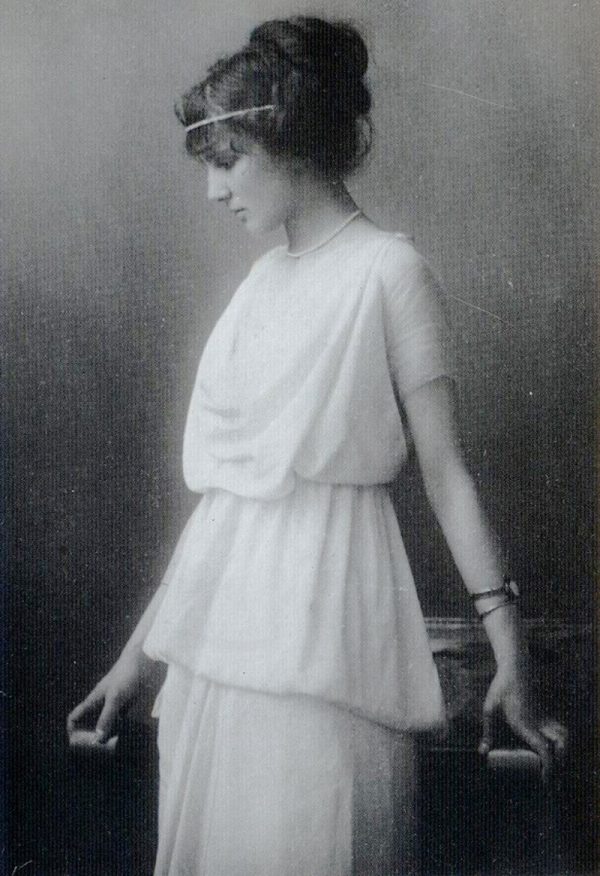 History does not tell us how good her English was at that point, but she managed to find a job with a court dressmaker called Kate Reilly, whose speciality was copying French fashions. From this informal apprenticeship, Vionnet began to learn the secrets of what had already become her ‘trade’, making clothes, although not at this stage designing them. With her new knowledge, she returned to France but went straight to Paris, as she knew that her future was to be in dressmaking. It was 1900, and an auspicious time to start to really fulfill her ambitions. She got a job with one of the major couture establishments in Paris, Callot Soeurs, run by three sisters of whom the senior was Madame Gerber. It was from her that Vionnet learned the high-end dressmaking and tailoring business, which was to be her future. Years later, she acknowledged the importance of the older woman in her development when she said: “Thanks to her I was able to produce Rolls Royces. Without her, I would only have made Fords.” 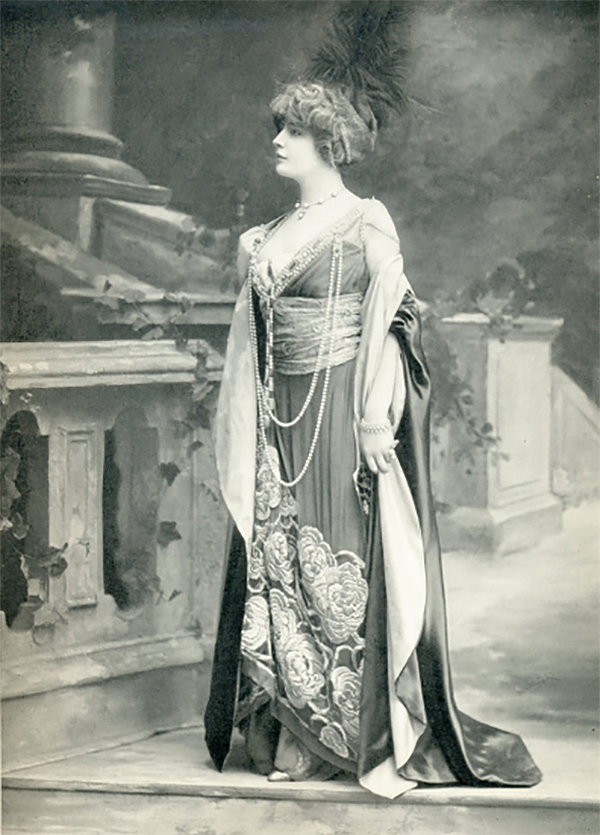 In 1907, she had her big break when Jacques Doucet, one of the major pre-World War I figures of French couture, with whom Paul Poiret had worked, lured her away from Callot as he needed someone who could rejuvenate his ateliers to attract younger clients than the aging female customers. Her first collection was shown on models wearing neither corsets nor shoes, as Vionnet was a great fan of the modern ‘free-form’ dance sensation Isadora Duncan, who performed in simple shifts and nothing else.

In 1912, Vionnet opened her own-name fashion house at 222 rue de Rivoli. Within the two years before World War I, she had gathered a loyal clientele but there was no question of her continuing her trade during the war years, which she spent largely in Rome. Re-opening in 1919, this doughty little woman who sufficiently knew her worth to claim that she was “the physician of the figure” determined to finally finish off the tyranny of the corset. She was not alone. Poiret — who Vionnet dismissed as a “Costumier…très bien pour le théâtre,” — claimed that he rid women of it. So did Chanel, of whom Vionnet said, “She was a modiste…That is to say, my dear, she understood hats!” But, as early as 1902, Gustav Klimt was painting uncorseted dresses in Vienna and Fortuny’s Delphos dresses, introduced in 1907, were also uncorseted so it is really impossible now to know who rid women of it. 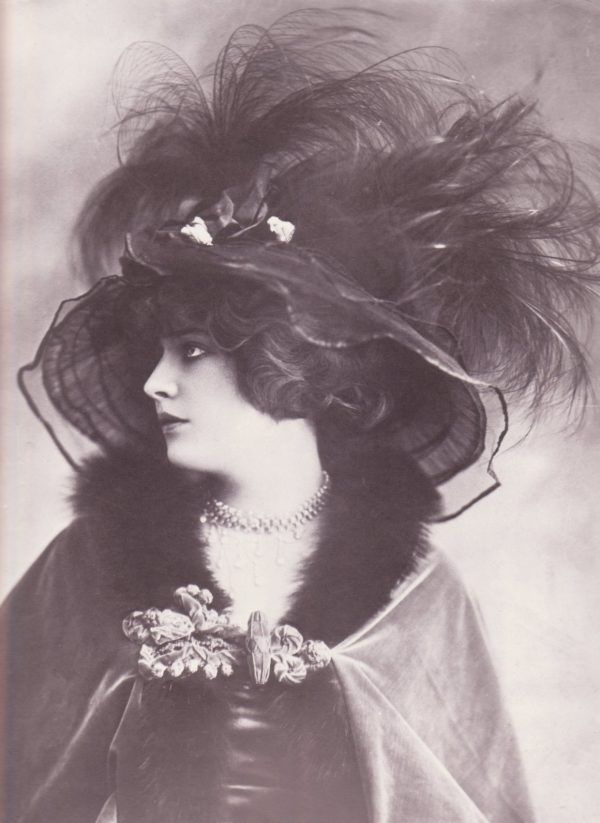 It was, like much change in fashion, a movement. Suddenly — or so it seemed — fashionable women threw away their corsets and embraced diets and gymnasia in an attempt to keep their figures. It was the true starting point of the 20th century fashion — and faddism, as, without a corset’s support and flattery, the figure had to be slim. Exercise, diet, spas were called in to help women achieve the new ideal. Vionnet’s unique solution was to make the movement of the body part of the movement of the remarkably fluid shapes she was working on. No more boning, no more rubber, no more elastic to give support. Women – and even her own showroom models – were, initially, not happy about any of this but accepted as they succumbed to the ravishing sensuality and flattery of Vionnet’s clothes. 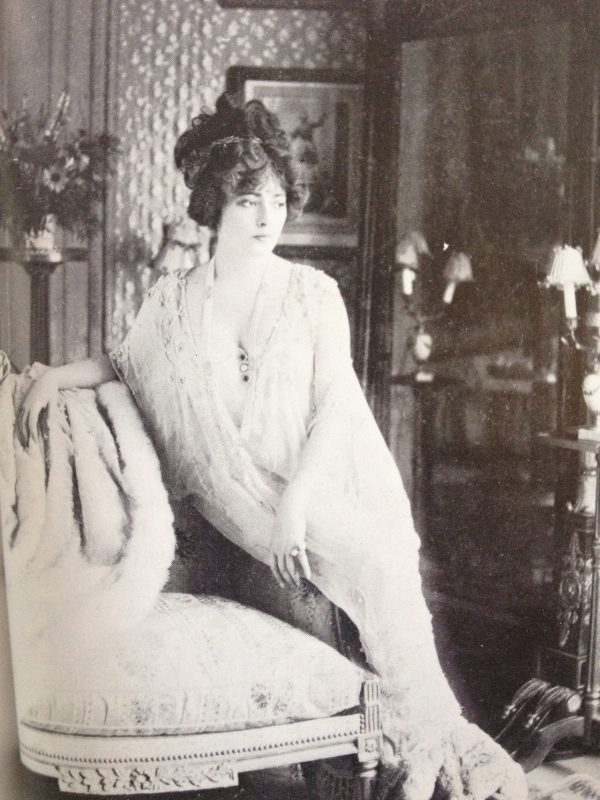 Starting with studying classical Greek statues, she became obsessed with the soft flattery of clothes that “moved like water.” From there, she made her great step forward by cutting fabric on the bias (previously used only for collars) and, by doing so, created a completely new shape, which could be called free-form geometric. In her own words, it was ”to free fabric from the constraints that other cuts imposed on it.” She had found her road and, for the rest of her design life, she tackled the whole question of dress with an almost scientific rigor. By 1923, her business had expanded so much that she was forced to move to bigger premises at 50 Avenue Montaigne, where she was able to employ over 1,000 people. Rich and powerful as she was now, she remembered her early days in the business, perched on a stool and working with poor light until her back ached and her eyes watered. Her employees were treated very differently: chairs with backs, health care (there was a doctors and a dentist surgery) and a subsidized canteen. She rarely saw her employees and hardly ever visited her 26 ateliers. Her time was spent in her own study, to which head seamstresses were bidden to show their latest ideas. 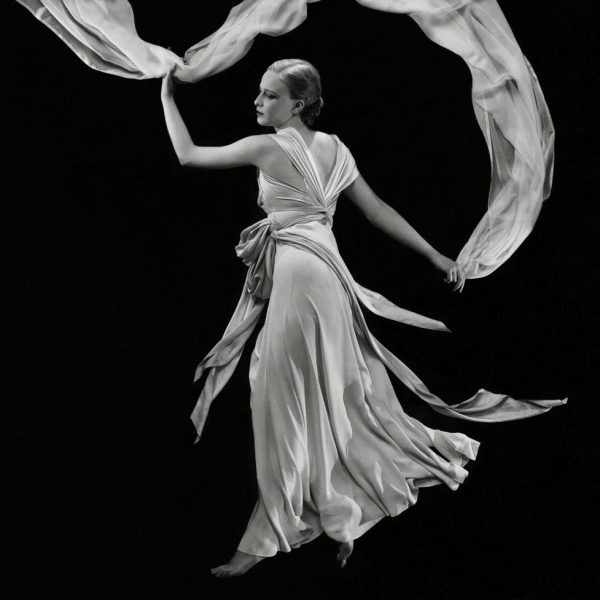 Unusually — and there was so much about this focused and determined woman that was unusual — she shared all responsibilities with her colleague Marielle Chapsal, who also had her own special studio where she designed in parallel with Vionnet. In between the two were the fitting rooms. Both women understood and trusted each other totally and were close friends. Each had a wooden manikin, about 80cm high, on which every toile was cut and manipulated until it was absolutely right and ready for the ateliers.

Plagiarism has always been a problem in high fashion and Madeleine Vionnet’s huge success and high profile (although in social terms she was almost a recluse) made her a great target for copyists, especially from the US. But such a person is never going to be a victim for long and Vionnet tackled the problem with her usual efficiency and determination. She believed totally that to copy and sell as one’s own work the efforts of others was immoral and, with the toughness and pragmatism with which she tackled all problems, set about stopping it. Her campaign against the copyists began in 1921 with the creation of The Association for the Defence of Fine and Applied Arts. A year later came the statement, in the form of an almost threatening general advertisement that declared in unequivocal terms: “The Madaleine Vionnet models are registered and published in France…She will pursue any copyright or counterfeit, even partial, made in this regard of her rights.” 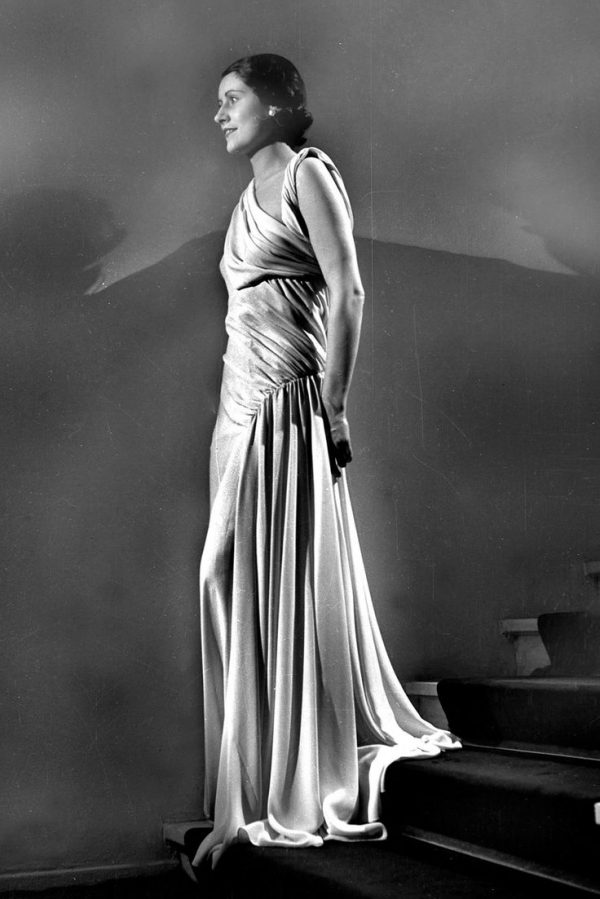 She went further, photographing every creation from the front, back and sides, naming and numbering it, signing it and marking it with a fingerprint. Other couturiers followed her lead, drawing up a black list of buyers suspected of clandestinely providing manufacturers with details of key models. Schiaparelli made a rule that each manufacturer who visited her salon the following season had to buy at least three models. Even then, the problem was not completely solved for years. Madeleine Vionnet continued to fight business battles until, finally, the company went into liquidation in 1940 and she retired. In her archive she had kept 120 dresses from her great days in the ‘20s and ‘30s, 750 toiles and 75 copyright albums of the photographs of her clothes, drawings and account books, which she donated to the UFAC (Union Française des Arts du Costume) for which she worked until her dying day, when what she once called her “apostolic mission” was over. 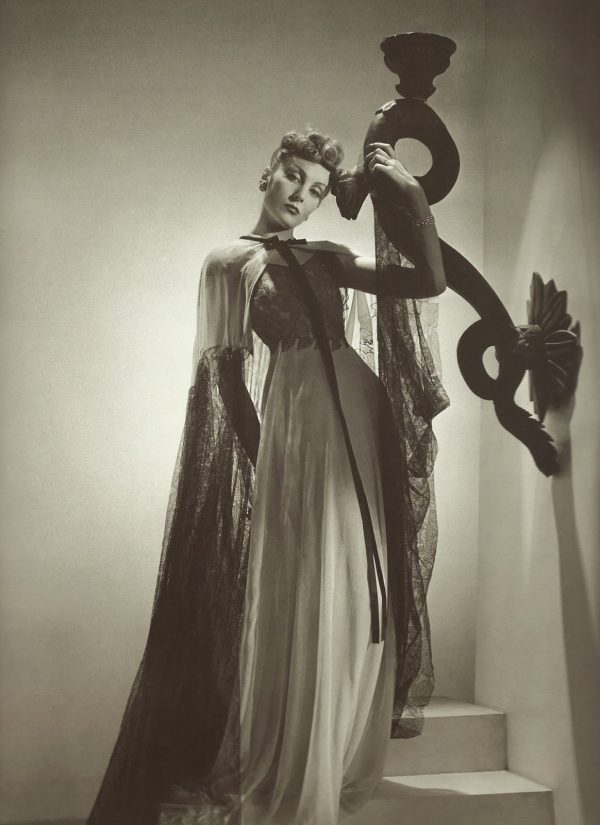 Her name faded quickly as, with the retirement, the label ceased. But there was a second coming, in 1977, when Diana Vreeland created an exhibition of French fashion from between the wars under the title, “The 10s 20s 30s.” It, and the accompanying book and photography by Irving Penn, called Inventive Paris Clothes 1909-1939 changed attitudes to early-20th-century fashion in general, but especially to Madalene Vionnet. She emerged as the true original of her time, the Euclid of cloth, who said shortly before her death: “I am a woman of the most extraordinary vitality. I have never been bored for a second. I have never been envious of anyone or anything, and now I have achieved a certain tranquility.” 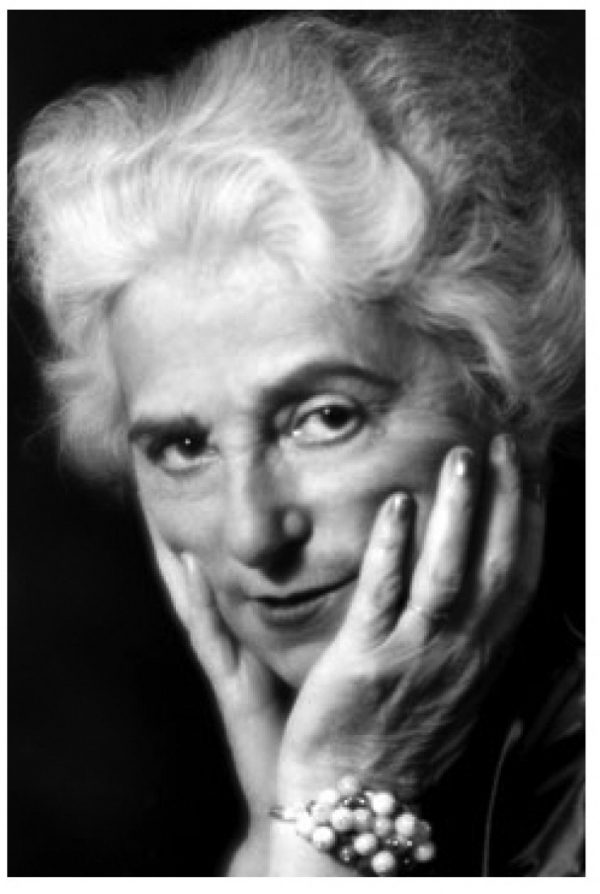 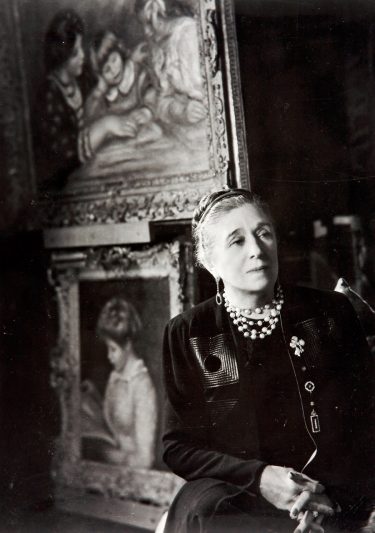 Jeanne Lanvin, the milliner turned mogul, outlived the competition. She built the longest running fashion house in the world on cloche hats, feminine clothes, and a fragrance which is still around to this day. 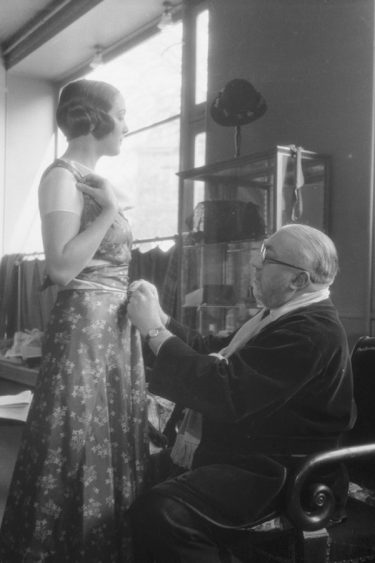