Akawelle jewelry is handmade out of bullets from the Liberian war. Designer Lovetta Conto, crafts leaf shaped pendants from used, melted down bullet shells, and emblazons each one with the word “LIFE”. Conto is a seventeen year old, born in Liberia, West Africa, who fled to Ghana as a refugee with her father when she was a little girl. Growing up in a refugee camp, Conto was taught by her father to believe in her dreams. Attending school in the camp, and against all odds, Conto persevered, meeting the co-founder of the Strongheart Fellowship, Cori Stern at the camp.

Strongheart’s mission to change the future of those with difficult lives, so they can help others, is named after the Hemingway quote “The world breaks us all, and after some are stronger in the broken places.” Conto was chosen as the first Strongheart Fellow. As part of her fellowship, she had to create a project that would help her, and the world in some way. Taking inspiration from her memories of women in the camp, who always found a way to express their beauty through jewelry and clothes, Conto created the AKAWELLE necklace from bullet casings. The necklace is created from the thousands of spent shell casings scattered across the country. The delicate leaf pendant is handcrafted from the bullet shells, with the central bead formed from the bottom of the shell. Sales from the necklace fund Conto’s own future, as well as that of Strongheart House, a home and school for Strongheart Fellows. An ambassador for the program, Conto has spoken at the Texas Governor’s Women’s Conference, the Aspen Institute, appeared in newspaper articles and spoken on radio shows. She currently attends the African Leadership Academy in South Africa. 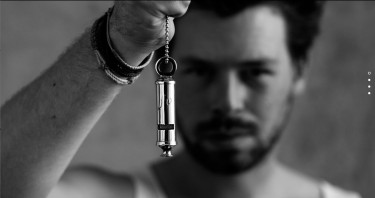 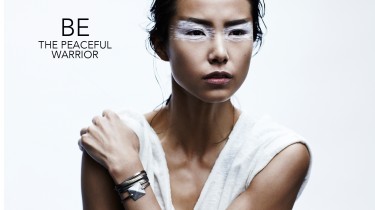