A desire to preserve the Himalayas’ Kumaon region is the motivation behind Avani’s founding. The textile firm improves the quality of life in the region by creating opportunities in textile work for rural women and youths. 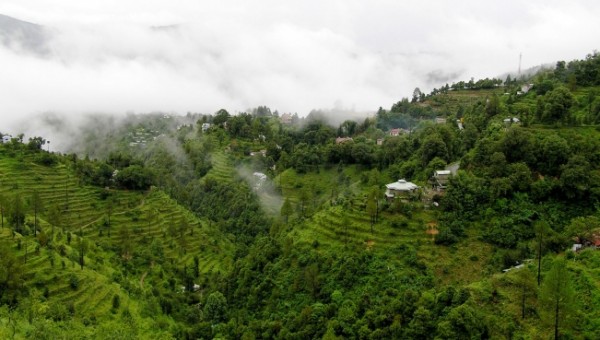 Sitting at the feet of the majestic Himalayas is India’s Kumaon region.Its outlook – in the northern hill province of Uttarahand, captivates visitors with cool mountain breezes, panoramic mountainscape and a green wash of pine and deodar trees. Such scenic wonders lend their graces to the textile mill, Avani.

Avani’s commitment to the Himalayas and a desire to contribute to the beautiful Kumaon region was the prime motivation for sitting up in India. The textile firm’s goal is to improve the quality of life in the region by creating opportunity in work for the rural women and youth. 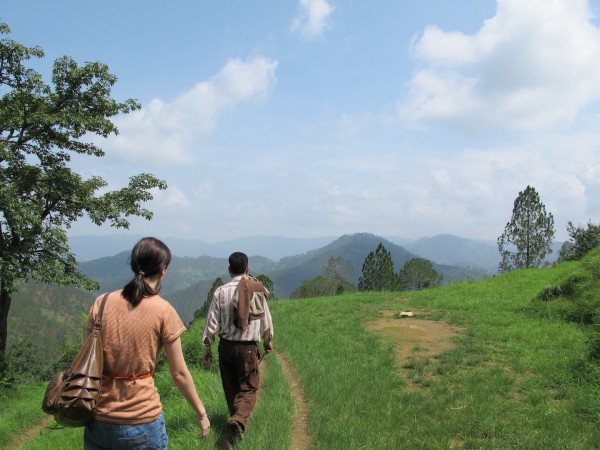 “We wanted to create choice where there was none, to enable local people to continue to live in their beautiful village without having to migrate in search of livelihoods,” explains Rashimi Bharti, founder of Avani.

And so Avani began its mission to help the people. In 2009, Bharti and his team formed the Kumaon Earthcraft Self Reliant Cooporation, enabling locals to engage in traditional trade by producing artisanal, lifestyle products that are hand-made, using naturally dyed textiles.

The revival of traditional skills of hand spinning on drop spindles, hand weaving and natural dyeing in the region is the core area of work. The ethos embodies practices that support the human and environmental health of the region and strengthen the local economy as well.

Women are the main focus of Earthcraft and the textiles produced.

“The mission is to create a sustainable livelihood for rural women in the Indian Himalayas while conserving the environment and the dignity of the communities living in this region,” says Bharti.

Avani focuses on local skills, youth and resources. With core attention to reviving traditional skills of hand spinning on drop spindles, hand weaving and natural dyeing offers the empowerment of the rural women and girls to learn a skill and earn a reliable source of income. Avani also hopes to preserve traditional textile making, teaching the Kumaon women a trade, which they can pass down through the generations.

Avani textiles are more than just fabric; they are the representation of freedom and compassion. To ensure that future generations can continue to practice the craft without the fear of polluting the soil and the water of the area, Avani helps educate throughout the entirety of the production cycle. 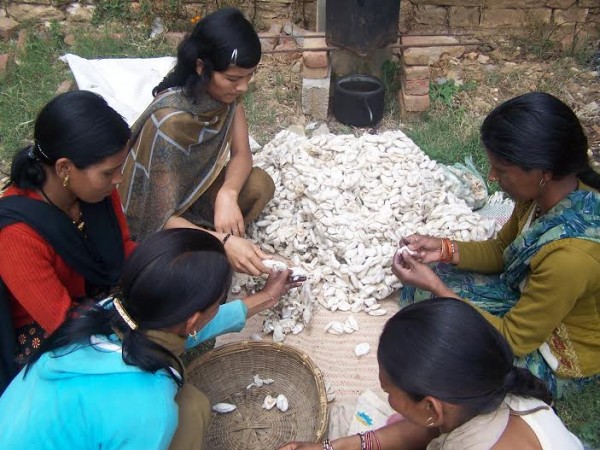 “We plant trees, grow 40 percent of the silk we use, hand spin the silk and wool, grow the natural dyes, dye the yarns, weave the fabrics and accessories, and finally create the garments,” continues Bharti.

Avani has provided more than 800 families over the past 14 years the means of a reliable income and has done so by following a zero waste, low carbon footprint cycle that uses clean energy, harvests rainwater and recycles waste water. In addition, Avani has created its very own organic detergents and eco-friendly, natural dyes.

Much of Avani’s work has been with the Shauka tribe in the Pithoragarh and Bageshwar districts. This group traditionally works with Tibetan sheep wool and makes blankets, carpets and tweeds.

“Their hand crafting skills can be quite refined in some pockets and in the area that Avani is working in, we found an extensive dilution of the traditional skill due to very poor wages and lack of access to raw material,” says Bharti.

The Bora Kuthalias, another artisan community in the region, traditionally work with hemp fiber and were creating sacks and floor coverings from hemp. This is Avani’s latest project of work.

“We are working largely with the Bora Kuthalia community and have helped them to preserve their hand weaving and hand spinning skills by introducing wool and silk as raw materials for spinning and weaving,” adds Bharti.

“Hemp is a fiber that is legally not cultivable for fiber. So, we could not take that forward, and decided to change the raw material but preserve the skill.” But, there have been challenges along the way.

“We needed to broad base out raw materials, so we introduced the spinning, weaving and the cultivation of silk in the region. We supplemented these skills and knowledge base to paint a larger picture that allowed the enterprise to flourish in a contemporary market.”

Avani added more botanical colors to the existing palette, and added silk to the existing wool as a raw material. Working from an infrastructure-poor area, the mill had to construct buildings that housed the frame looms, much larger than the traditional looms.

“Each of these centre serve a cluster of villages that are forty-five minutes to two hours away from the nearest roadhead,” explains Bharti.

“This helped women from remote villages to participate in an income generating program that gave them a skill and a stable livelihood. It created an opportunity where previously there was none. How does Avani modernise the traditional textiles process in Kumaon and retain the ancient art of the craft?

“Different products are made on the frame loom and the waist loom. The traditional waist loom and pit loom are decreasing in their use due to the value judgement attached to them. However, for the first time, the weavers have begun to sometimes purchase a textile woven in their village by their contemporaries.

The natural dyeing was extended to include all the colors that are needed by the market. We have now created an entire enterprise that focuses on collection and cultivation of dye yielding plants in the region and allow the small farmers to earn an income from materials that were considered waste but are amazing dye yielding plants,” adds Bharti.

Avani’s most popular selling ready-made items (outside of fabrics) are stoles, scarves and tailored garments. But its textile business is shining. The firm is about to upscale to around 1.5 crores, which will benefit around 2500 artisans.

“We are also setting up a new enterprise that will manufacture and sell natural dyes to small and medium scale enterprises that do not have access to natural dyes,” says Bharti.

The firm chooses not to attend international tradeshows (outside of the Ethical Fashion Forum in London). “They are quite expensive,” says Bharti. Instead, Avani prefers to give back the money to their local production and to the village people. That’s the most important part of the job.

“Socially disadvantaged women who would otherwise be working as manual labor in other farmer’s fields or breaking stones in a road construction project, now gain a new skill that brings them a steady income to educate their children, look after the family health,” concludes Bharti.

“The beauty of their smile is the most enjoyable. It is a very creative team and we all work together to create the colorful textiles that are a celebration of our creativity. Our entire team is from the villages where we work. It has been a very rewarding journey to see young people from the area grow into very good managers and supervisors.” 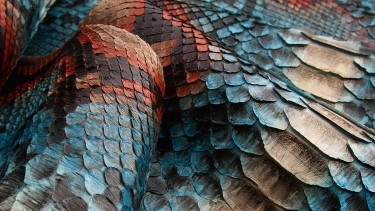 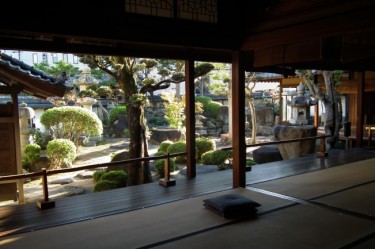 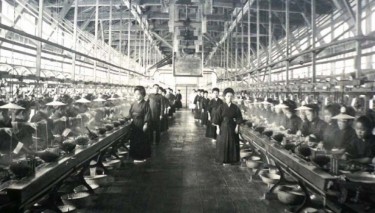 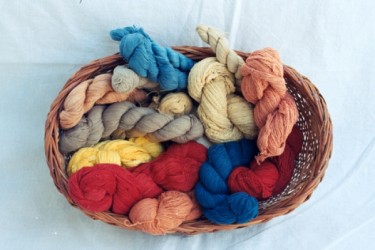 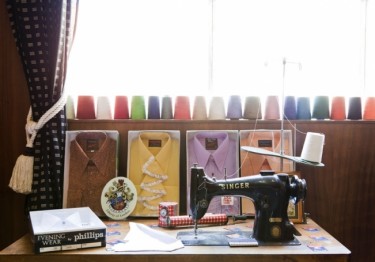 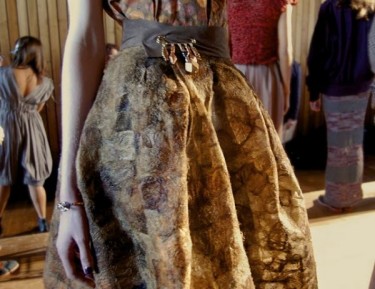