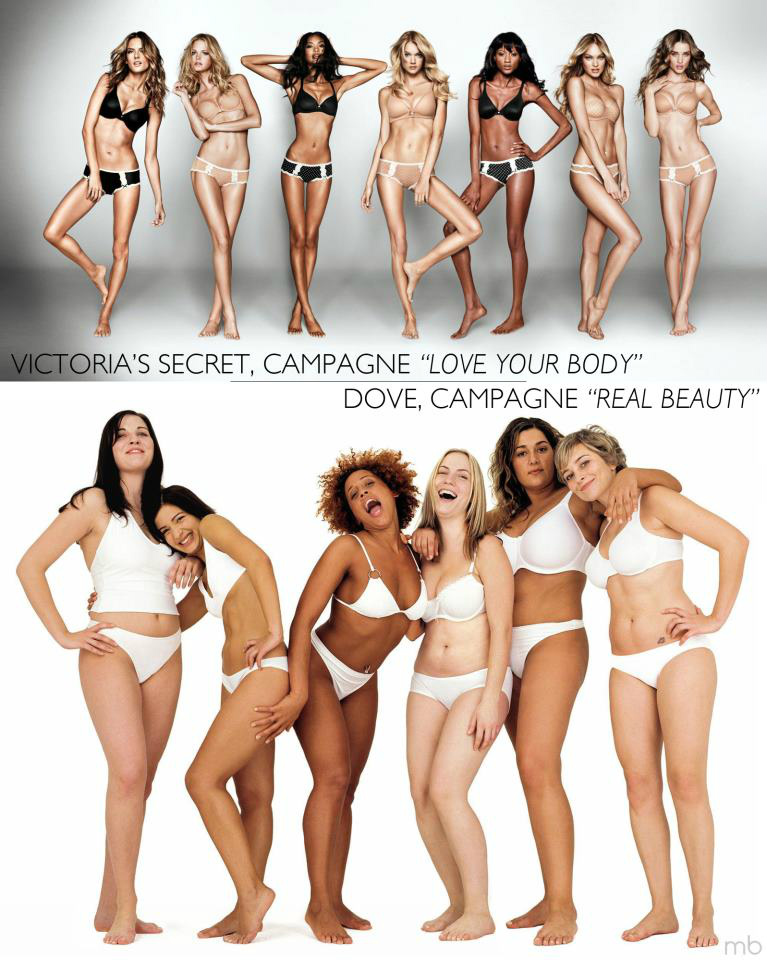 Female representation in the media is woefully one-dimensional. Defined all too often simply as objects of desire, and at a standard of beauty that is entirely unrepresentative and completely unattainable. Some of the most beautiful women in the world are routinely photoshoped for magazine covers, editorials and photo ops; their legs lengthened, their skin lightened, pounds shaved off their waists and thighs. The movie Miss representation, the Sundance nominated film by Jennifer Siebel Newsom, challenges the media’s limited, and often disparaging portrayals of women. The shocking statistics that the US is 90th in the world for female representation in the national legislatures, where women hold only 3% of high level positions in mainstream media, and 65% of women and girls have eating disorders*. Jean Kilbourne, EdD and filmmaker of Killing us Softly states in the movie “no matter what else a women does, no matter what else her achievements, their value sill depends on how they look.” Figures are quoted to a backdrop of hip hop hoochie music videos, girls gone wild out takes, teenage sexist movies, powerful women bemoaning their weight, and headlines belittling female world leaders for what they wear, not what they do. 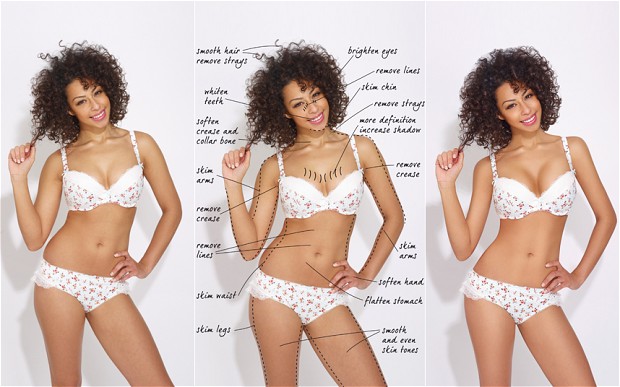 53% of 13 year-old girls are unhappy with their bodies, with the number increasing to 78% by age 17.* Lets just take a moment to think about that… 78% of girls by age 17 are unhappy with their bodies. How is it possible, that the vast majority of women and girls of all ages are not happy with their bodies? It seems entirely antithetical to human nature, except when you realize that the standard of beauty that is held up as ideal in the media, is entirely fictional. The ever-increasing girth of the average Western body is counterbalanced by the ever-increasing amount of airbrushing of super models and film stars. If super models and movie stars are digitally airbrushed, then what chance do the rest of us have? Those of us whose entire careers are not devoted to the way we look, who are unable to invest vast amounts of money and energy on the personal trainers, nutritionists and surgery. If they don’t even look as they are portrayed, then clearly the ideal we are aspiring to is entirely unachievable. 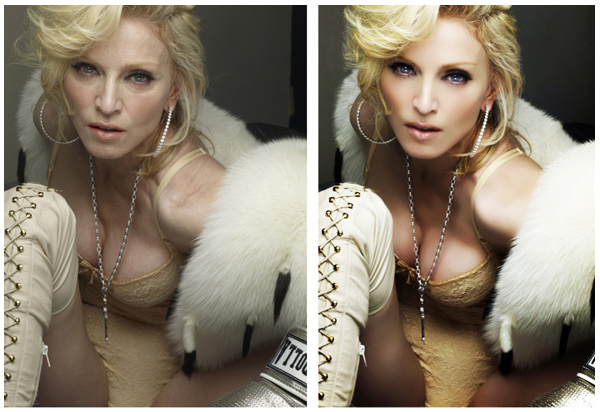 Sometimes support comes from the unlikeliest of places. Jennifer Lawrence, Selina Gomez, and even Lady Gaga have all outed their own photoshoped images on magazine covers of late. British high street retailer Debenhams, with its proud British heritage, and more than 240 stores across 28 countries, has also become a stalwart supporter of diversity in all of its manifestations, including size, age, ethnicity and disability. A middle of the road, multi brand department store chain, not dissimilar to Macy’s, the store has in recent years taken a stand in representing real women in advertising. In August 2013 Debenhams launched their swimwear campaign with Jada Sezer, a size 18 model. Debenhams spokesperson stated, “In an industry where size six and eight models are the norm, it’s a refreshing sight to see some real curves.” Debenhams also used paralympian athlete Stephanie Ried in a fashion campaign that pushed boundaries even further. Inclusivity campaigner, Caryn Franklin MBE stated, “As a commentator on the importance of seeing a broader range of body and beauty ideals in our media, I never underestimate the impact of imagery that celebrates difference.” Only a few months earlier, Debenhams also broke ranks with the mainstream by using un-airbrushed models for their lingerie ads. Releasing the images from their photo shoot untouched, alongside the same image notated with all the usual digital modifications that would have been made, to show just how much the industry alters images of even the most beautiful women. 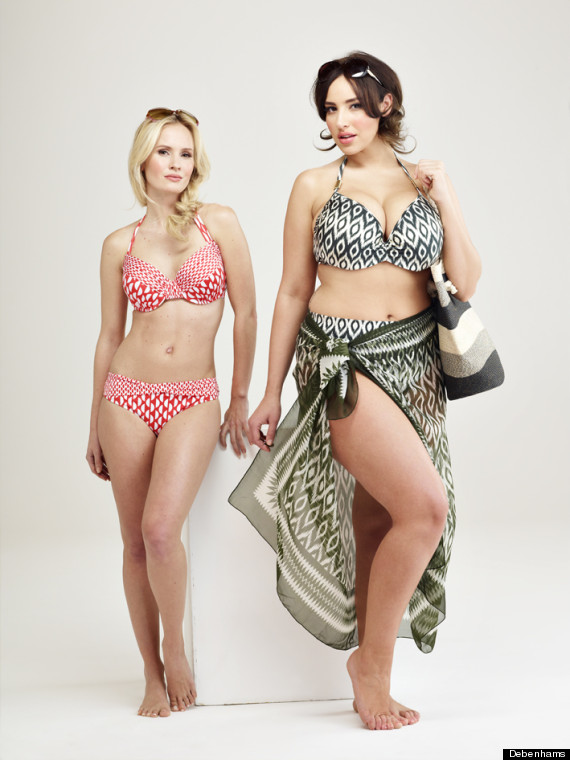 Dove soap manufacturers started their Real Beauty campaign in 2004, after market research showed that only 4% of women consider themselves beautiful. Initiating a campaign that has since spanned ads, billboards, videos, and even workshops and plays, with an intent “to create a world where beauty is a source of confidence and not anxiety.” The original ad campaign shot by Annie Leibovitz, asked passers by to vote on whether they thought the subjects fat or fit, flawed or flawless. The most recent campaign received major attention, where in a video short, a forensic sketch artists sketches women from their own descriptions, and again from descriptions from others, the second sketches turning out to be more true to life, as well as much more complimentary than the former. John Paul Gaultier used larger sized models in his Spring 07 collection, and again for Spring 2011 when he chose Beth Ditto to walk in his Rock N Romantic collection. Issey Miyake’s famous Octogenarian collection from Autumn 1995 which, featured models all over 80 years of age. And most recently Rick Owens use of a US step group for his Spring 2014 collection, not only bringing the African American tradition of step to the Paris runway, but also featuring anything but 6 foot, blonde size zero models on the Parisian catwalk. 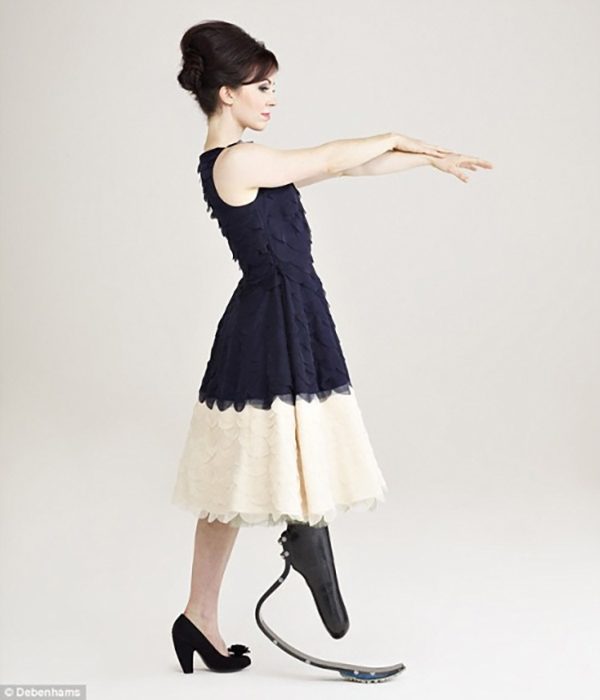 But perhaps Disabled advocacy organization Pro Infirmis have pushed the envelope further than any other, when they hired ad agency Jung Von Matt/Limmat to make a groundbreaking video. Made for the International Day of Persons with Disabilities, the agency worked with a mannequin maker to model mannequins based on people with disabilities. The models included para-athletes, actors and disabled beauty queens who suffered from unusual body disorders including extreme scoliosis, brittle bone disease and shortened limbs. Once complete, the mannequins were used in window displays at Zurich’s PKZ store, and other high street fashion store windows. 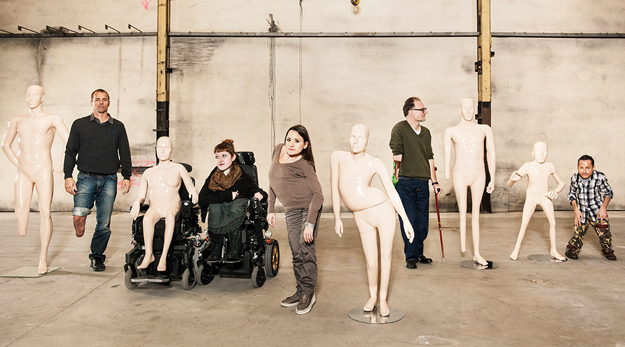 But is it enough to overcome the onslaught of mainstream media who still persist in digital augmentation? Is it enough to affect the 78% of women and girls who are dissatisfied with the way they look? Is it enough to counteract the medias objectification of women? Is it?

Body Evolution video – Model Before and After created by GlobalDemocracy.com http://youtu.be/17j5QzF3kqE

The body can be an shocking vehicle for artistic expression for many, often challenging cultural norms of appropriateness of time, place and use, it's a powerful tool when combined with a questioning and challenging mind. 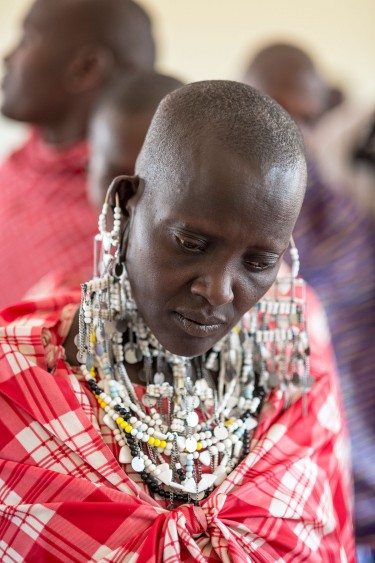 Cultural appropriation for design inspiration is the norm in the fashion industry. 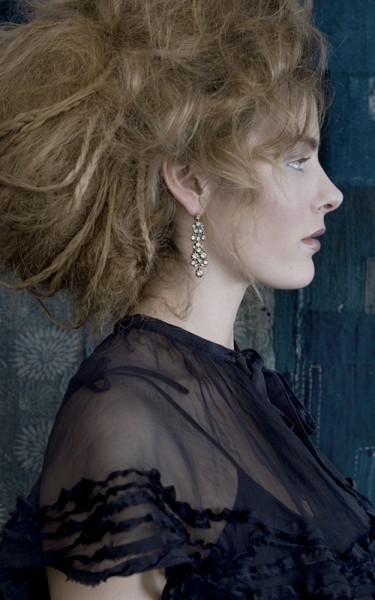 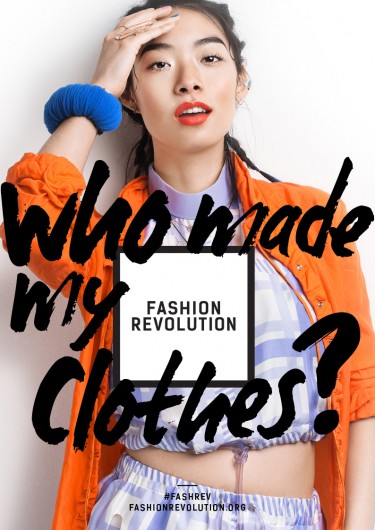 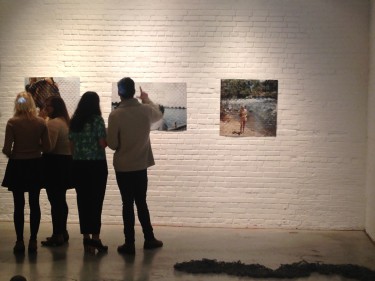 The Textile Arts Center in Brooklyn recently exhibited the work of seven textile artists and designers, created over the course of a nine-month residence at their center in Gawanus.

Beyoncé’s fashion faux pas represents an interesting opportunity to discuss the disconnect between the expectation and understanding of what a commitment to a veganism means.