The Purple Buddha Project produces a range of culturally sensitive jewelry from the upcycled remains of weapons of conflict. With the intent of sustaining positive change, artisans in Cambodia are paid a fair living wage, to produce all designs. Raw materials range from Unexploded Ordinance’s (UXO’s), bombs, bullets and plane parts, all sourced from Cambodia and Laos. The brand also works with meteorite fragments, the British East India Company coinage, and pieces of the fallen Berlin wall that separated East from West, each material with its own powerful cultural significance.

The Purple Buddha Project believes that employment is the strongest catalyst for long-term change, rather than the tradition of charitable donations, especially during an economic recession. With an intent to create a capital-generating vehicle independent of traditional forms of aid, to increase GDP, as well as direct aid, the Purple Buddha Project trains and supports knowledge exchange with local artisans, through local associations.

With more bomb tonnage dropped on Cambodia than Germany and Japan combined during World War II, Cambodia has no shortage of raw materials; a total of 2,756,941 tons! With the purchase of each Purple Buddha Project design, a donation is made to clear 3 square meters of bomb littered land in Laos and Cambodia. Currently in fundraising mode through Kickstarter, the brand seeks to expand and develop its operations. 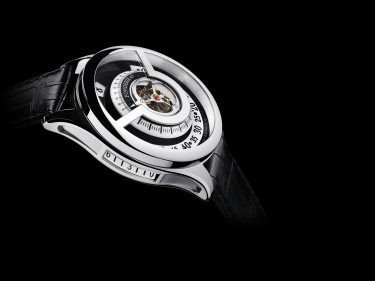 Fonderie 47 makes cufflinks from weapons; jewelry made from Africa’s decommissioned rifles. Based in the Democratic Republic of Congo, where…